The Game of Life

The Game of Life 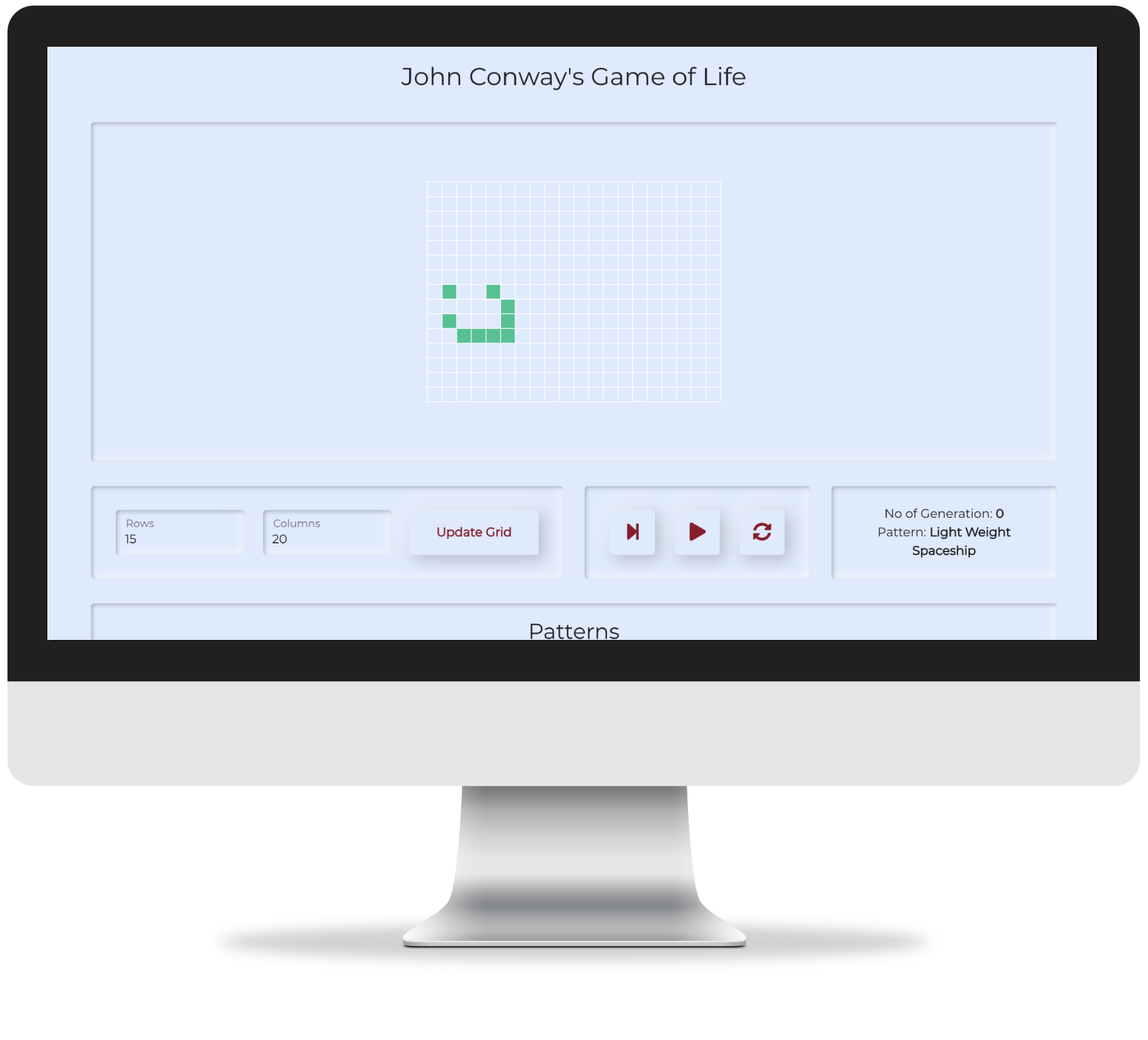 ReactJS is an open-source, component-based front end library responsible only for the view layer of the application. It was created by Jordan Walke, who was a software engineer at Facebook. It was initially developed and maintained by Facebook and was later used in its products like WhatsApp & Instagram. Facebook developed ReactJS in 2011 in its newsfeed section, but it was released to the public in the month of May 2013.
Today, most of the websites are built using MVC (model view controller) architecture. In MVC architecture, React is the ‘V’ which stands for view, whereas the architecture is provided by the Redux or Flux.

Learn more about React from the official website.  https://reactjs.org/

This application was created to simulate The Game of Life which is a cellular automaton devised by the British mathematician John Horton Conway in 1970. It is a zero-player game meaning that its evolution is determined by its initial state, requiring no further input. One interacts with the Game of Life by creating an initial configuration and observing how it evolves.

The rules are mentioned at the bottom of the web demo: Game of Life

We have published this application on our GitHub Page of the organization.